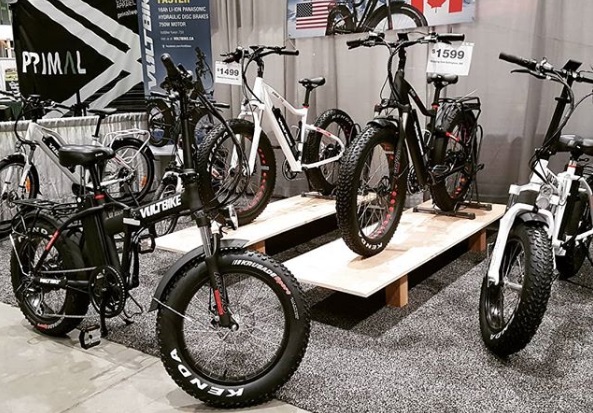 Five lucky OhmConnect community members will win a VoltBike for easy and battery-powered way of getting around town.

Weave around town. Whizz off to work. Vroom to the beach. With a brand spankin’ new electric bike from VoltBike, the possibilities are endless.

… and this week we’re giving you the chance to win one!

Up for grabs in this week’s MEGA Summer Giveaway are one of five Urban Voltbikes - a folding electric bike which comes with VoltBike’s latest 2018 edition and benefits from some awesome technology and design advances.

One of the lightest electric bikes in North America, it is easily folded and loaded into any vehicle or storage space. Because of its lightweight design, the bike rides superbly well with or without power assistance. The powerful 350 Watt maintenance free Bafang Power Motor paired with 11.6Ah Li-ion battery ensures this bicycle can comfortably take you up any hill and makes easy riding against strong winds.

Need some convincing on why an e-bike should be your new mode of transport?

Cycling is the new driving. Bike commuting, cycle-share programs, and expanding bike-lane networks top most big-city traffic agendas. But while attitudes toward cycling are changing, so are bikes themselves. Electronic bicycles—also known as e-bikes—have hit the scene and are making a major impression. While they look like normal two-wheelers, they have a built-in electric motor for propulsion; some kick in with pedaling and others have engines where you can thumb the throttle.

Here are some reasons we love ‘em:

You can skip the stressful car commute with easier travel

Most people who rule out commuting to work by bike do so because of the mess factor. Walking into a staff meeting sweating through your clothes is not a good look for the office, but the combo of cruising and cycling that e-bikes provide saves you some effort (and some sweat), so you can burn some calories but prevent your ride from becoming a full-blown workout you’re not dressed for.

No more sweating to get up hills

The real advantage to ebikes is efficiency in climbing hills or fighting the wind. If you experience knee pain or exercise induced asthma for example, electric bikes can breath new life into the sport of cycling. They might convince your friend or significant other to join you on the trails more often or they might enable you to commute to work in extreme heat without sweating so darn much.

Obviously, since electric cycling doesn’t consume gas, your e-bike emits a lot less carbon than a car would. In fact, in 2011 the European Cyclists’ Federation found that when comparing electric bikes to cars, the bikes emitted just 8.1% per passenger, per kilometer, of CO2 that a car spits out. And that can really make a measurable impact on the environment: a study from Transportation Alternatives found that if 10% of New York City commuters biked to work just once a week instead of driving or taking public transit, they could cut back on 120 million pounds of CO2 emissions per year—equal to the amount of CO2 released by 25,000 New York homes per year.

Want to be eligible to win this week’s MEGA Summer prize?

Here’s how to get entered: