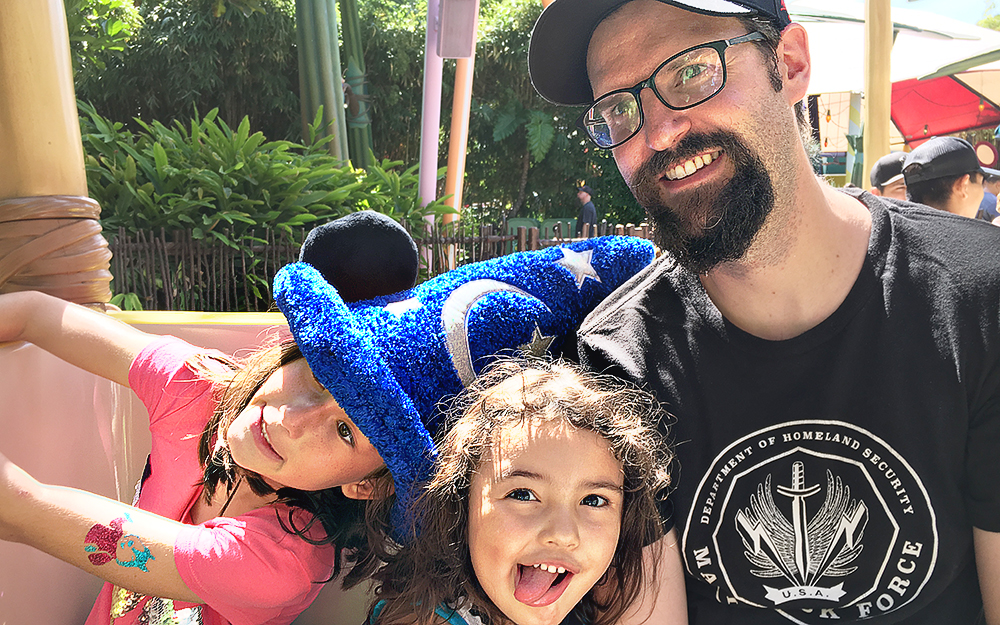 Meet The Family Who Won The Disneyland Trip In a MEGA Summer Giveaway!

Escondido-area Dad takes his two girls on the trip of a lifetime after powering down during a MEGA OhmHour.

For Shane Dixon and his two daughters, OhmHours are a time to unplug the electronics and reconnect with each other - a routine all three of them look forward to.

On June 19, their energy saving efforts paid off when Shane’s OhmConnect username was called as the winner of a trip to Disneyland on OhmConnect’s weekly broadcast MEGA Summer Live.

“It was really amazing to be able to tell the girls that because we’d participated in a MEGA OhmHour, we’d won,” Shane said when we called him after the announcement. “We were so excited to win something!”

An OhmConnect user for just over a year, Shane participates in #OhmHours regularly and has now built up a streak of nearly 50 successful events in a row.

“It’s been amazing! I’ve been keeping up with it regularly so I’ve got a long streak going which means there’s a nice boost every time there’s an #OhmHour.”

Their family spent a few days at the Great Wolf Lodge and Disneyland, as part of their prize package from the MEGA Summer Live Giveaway.

Quality time at Disneyland, and at home

But the best part of OhmConnect for the Dixon family may not be the prize they won, but the time they’ve spent together during OhmHours.

“I flip the breaker for almost every #OhmHour and we take that time to read or take a walk or have dinner by candlelight,” Shane explained. “We have set up a sheet in the living room and I’ll shine two big bicycle lights on it to make a ‘theatre’ where the girls and I will tell stories with shadow puppets.”

“Puppet shows have become one of our favorite things to do together. The girls will ask me when we can have another #OhmHour!”