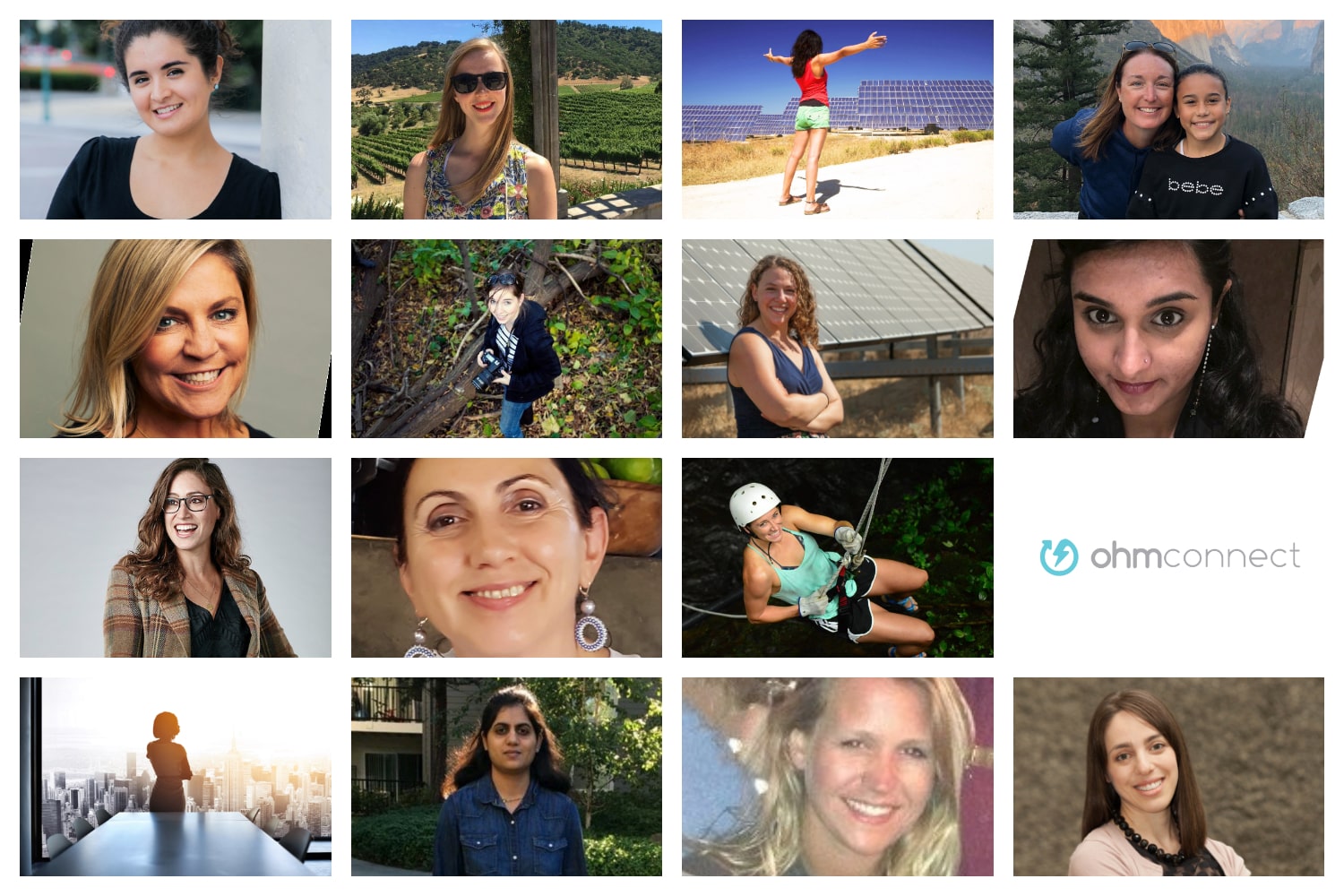 How one company inspires the women who work there

The fast-moving industry of clean energy is one of the most dynamic sectors in the world;  innovative start-ups getting off the ground every day, technological advances being made at a breakneck pace, cutthroat competition for venture-capital investments, and a race against our shared climate clock means there’s no time to waste.

But in the energy industry, as elsewhere, there are voices missing from the conversation — voices that, if present, could help create real solutions to our warming planet.

Reports on diversity in the workplace often first focus on gender equality. A recent LinkedIn analysis, found that women make up just 26.7% of all oil and gas industry profiles -- the lowest percentage of any of the dozen industries examined.

Women are rare at the Board level, too. About 14% of the Boards of the 200 top global utilities include women for example, and only 5% in the U.S, according to a report from Ernst and Young.

Asked about their experiences in the energy industry, the women of OhmConnect (a clean tech software company that rewards people for shifting their energy use) said they feel these statistics in their daily lives. “There are times when I’ll go into a meeting with other energy companies and I’m the only woman in the room,” said Lillian Mirviss, Government Affairs Lead at OhmConnect.

But OhmConnect is taking a different approach.

While pursuing a Masters of Science in Engineering at Stanford, Elissa Goldner, a Senior Software Engineer at OhmConnect, often found herself one of the only women in her class.

“The energy industry has traditionally been a boys club, but it’s great to be at a start-up that is breaking that mold. When I evaluate a job or new opportunity, I always ask ‘Is this a company where women are supported enough to make waves in a male-dominated industry?’ I think that is what we have at OhmConnect.”

A passion for the planet led to careers in tech

For some on the team, a career in emerging technology was never the game plan, but a passion for environmental sustainability and a concern for those impacted by climate change led them in the direction of the new energy frontier.

“Honestly, I would have laughed if you told me I’d be working at a company that has anything to do with the electrical grid or measuring kilowatts,” said Katie Overmonds, from the marketing team. “When I was a kid, I had a passion for protecting wildlife and I pictured my career spent wearing waders and cleaning up turtle habitat. But the world is changing and the solutions required are evolving too. If I can have the greatest impact on wildlife protection by helping people become more efficient with their home energy which will help slow the pace of climate change, then there’s nothing else I’d rather be doing.”

And this path is a common thread between numerous members of the team.

“My first job ever, when I was 14, was as a farmhand on an organic farm outside Boston, MA.” said Sophie Lubin, Senior Product Manager at OhmConnect. “Quite quickly, I realized I wanted to spend my life solving the issue of sustainability, both socially and economically. Bringing tech into the picture has meant working to solve these same problems, only at a larger, more broad scale.”

And some of them were born into it.

“I grew up in Houston and my dad worked in the oil industry, so we were always talking about the implications of different decisions on the environment,” said Melissa Caldwell, Head of Growth at OhmConnect. “As more and more information comes to light about climate change, I believe it is the pressing issue of our time.”

For others, the impact has been harsher:

“The people that are most dramatically impacted by climate change are rarely included in the conversations about how to actually solve it,” said Olivia Reyes-Becerra, a Product Manager on the team. “My family is from the Central Valley. I’ve seen first hand what people deal with: high asthma rates, frequent rolling blackouts, water crises, and unsustainably high energy bills. I’m proud to work at a company like OhmConnect, where our success is dependent on our ability to design specifically for those not yet in the conversation.”

OhmConnect succeeds when it listens

There are 40 million energy consumers in California. OhmConnect is building a platform to empower every single one of them, especially those traditionally excluded from the mainstream environmental movement, to take control of their energy use. Collectively, the small actions of many add up to real relief for the grid — which means fewer blackouts, cleaner air, and manageable energy bills for those who need it most.

To take this on, OhmConnect is looking inward. It’s clear that the company’s strength comes from its differences. As Reyes-Becerra puts it, “We have differences in experience, in motivation, in mission. We’re at the same company, working toward the same goal. And that’s powerful.”

"We feel strongly that our company has to bring together diverse viewpoints to be successful and we are committed to building a diverse and inclusive team,” said OhmConnect’s President Cadir Lee. “We bring tangible focus to this goal when hiring, spending time on team development or setting agendas for offsites.  We aren't where we want to be yet but we've made considerable progress from our early days.”

That progress is most obvious when looking at the number of women on the OhmConnect team, especially from a leadership perspective. And while there’s a long way to go still on that front, there’s even more room to grow when it comes to evolving the platform to reach those 16 million voices and help the ones most impacted by climate change.

At the end of the day: to solve our generation’s biggest global problems, we’ll need input from folks from all walks of life. This means everyone, more than ever, needs to be a large part of the conversation.