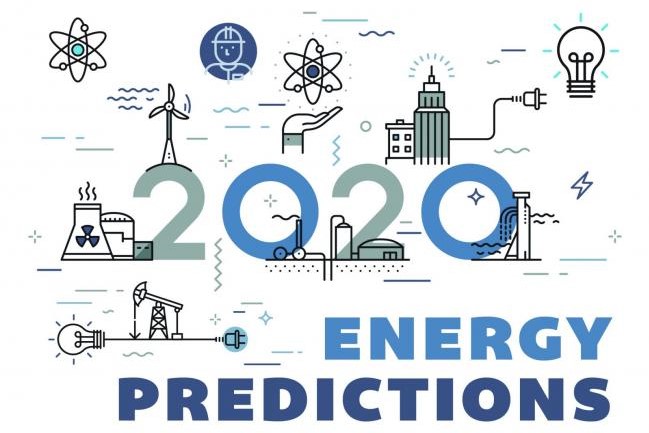 2020 Energy Forecast: What you Need to Know

The power behind the changing industry. Energy Expert Matt Duesterberg, co-founder and CRO of OhmConnect, the leading clean energy program, dives into his 2020 energy predictions.

Data is the lynchpin of a competitive market. Incumbents such as regulated utilities have an information asymmetry that begets their monopoly power. Many incumbents hoard the data, claiming that they are the only ones who can make the right decisions. In many cases, it is a self fulfilling prophecy, because they are the only ones that have that data. Some incumbents, such as Southern Company, take it even further - they won’t even let their users see their own electricity consumption data. Imagine Visa sending you a credit card bill for $1000 without letting you see what transactions were made.

Texas has proven what a competitive market could look like by allowing consumers to grant third parties to access their data. In 2020, data will be in the forefront of the conversation on two major markets - California and New York. In California, there is a big open ended question about the role of utilities, given the wildfires, public power shutoffs, and the changing grid. Data will play a key role to wrestling power away from the three main utilities and into the hands of other third parties. In New York, smart meters are in the process of rolling out. The utilities want to hold onto that data but the regulators are fighting for equitable rights to that data.

Threats of cybersecurity and wildfires and the opportunity of localized generation and storage of power will make decentralization a key point in 2020. The wildfires in California have highlighted the brittleness of the grid. It wasn’t the fires that did it but the subsequent power shutoffs that did. Most of California had their power turned off because of wildfire risk. This shows that a single point of failure doesn’t work – the potential for a spark to jump to a nearby tree led to millions of people without power. At the exact same time, companies like Tesla, LG, Sonnen and SunRun are coming out with product offerings that guarantee you won’t be out of power - through sun, rain, darkness, or even a cybersecurity threat - you will have power. And after a couple of days without power, that value is moving to the top of consumer’s minds.

In the same way that decentralization will hit the forefront for end users, this increasing amount of distributed, non-market, controllable resources creates an even bigger nightmare for the grid operators driving the grid. To date, the grid operators have had the ability to turn on and off carbon intensive resources to match demand. As more of the energy generation moves to non renewables, the grid operators are faced with driving a grid without the ability to balance it. Imagine if you were driving a car and the breaks go out on you. That is what is happening to the grid and California is a good example on where it breaks. We have had days when we have to turn off solar power plants. We have had days in which we have had to ramp up 13 GW of power in 3 hours. The grid operators are trying to deliver you power when you turn on the light, regardless if the wind is blowing or the sun is shining. There are currently three ways to do that:

This topic will hit national discussion in 2020. In 2019, barely anyone had heard about this; not even in the cities that will be affected by it. Yet, quietly in pockets of California and across the nation, over 20 cities adopted all-electric standards for buildings.

What is electrification? It is a war against natural gas. To get to 100% carbon-free energy, the state must remove all carbon-based resources, including what you are burning in your home. That means your stove, hot water heater, and HVAC will be electric. You cannot get a gas grill anymore. Those in the gas industry find this preposterous - how can it be better for the environment to burn gas into electricity, transmit that electricity across wires to your home, and then convert electricity to heating your home or cooking your food? The answer is that in the long term, these areas will not burn gas into electricity. Electricity will only come from renewable sources like solar and wind.

Proponents of electrification have two strong points that move this idea beyond the environmentalist’s dreams: