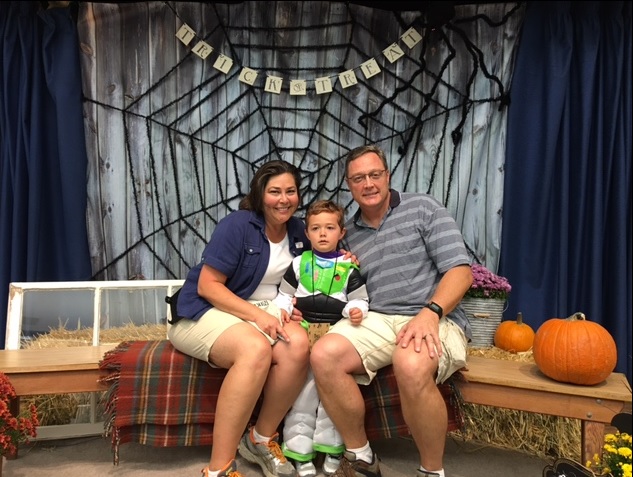 Getting paid to ensure their son has a better environment to grow up in? Count us in!

You’re well aware that using less energy means a lower utility bill, but did you know you can actually EARN money by powering-down? It’s true. If laundry machine, dishwasher, water heater, light bulbs and more aren’t putting money in your pocket when they’re not in use, you’re missing out.

California resident Julie Waltz Madziarczyk discovered this when she went from a skeptic of the OhmConnect app to a super-user after regular participation in OhmHours has earned her family of three nearly $1000 in less than a year.

She is always looking for ways to improve the environment and ensure her 5-year old son has a better world to grow up in than she had, plus she found a way to soften the blow those end-of-month bills can have on a growing family.

“I didn’t think much of it at first but now I’m all in!” she said this week while chatting to the OhmConnect team in a phone interview.

After first discovering the platform through Facebook in October 2016, she registered her SoCal Edison utility credentials and started getting notifications that same week.

Alongside her husband and son, Julie has gotten in the habit of powering-down their 4-bedroom home, switching off lights, TV’s, the cable box, the fridge, air conditioner and all other major appliances.

Earned $70 in one double OhmHour

Over the past 10 months, Julie has built achieved a streak which earns her 250% on every OhmHour, with her highest cashout coming in at more than $70 for a 2-hour energy reduction. She estimates that since starting the program, she’s cashed out nearly $850.

Julie is in the process of starting a non-profit and the money she’s earned from OhmHours has alleviated some of her start-up costs.

“Not only am I making extra cash, but I’m not incurring any costs from SoCal Edison during that time either. I’m making money and saving money at the same time, which my husband and I can really get behind.”

How does she do it?

The trick, she says, is finding ways to ensure that OhmHours don’t actually impact your day-to-day life. Julie and her family often leave the house during the hour, or ensure that any electronics they do use during that time are battery-powered.

“There are always alternatives to using power from the grid during an OhmHour”, she explained. “We charge solar lanterns by the window and turn them on during the OhmHour – it’s not like we’re sitting in the dark. Because the OhmHours normally happen in the daytime, my son is now just in the routine of doing his homework by the window in the sunlight, whether it’s an OhmHour or not.”

The one exception? The wireless router.