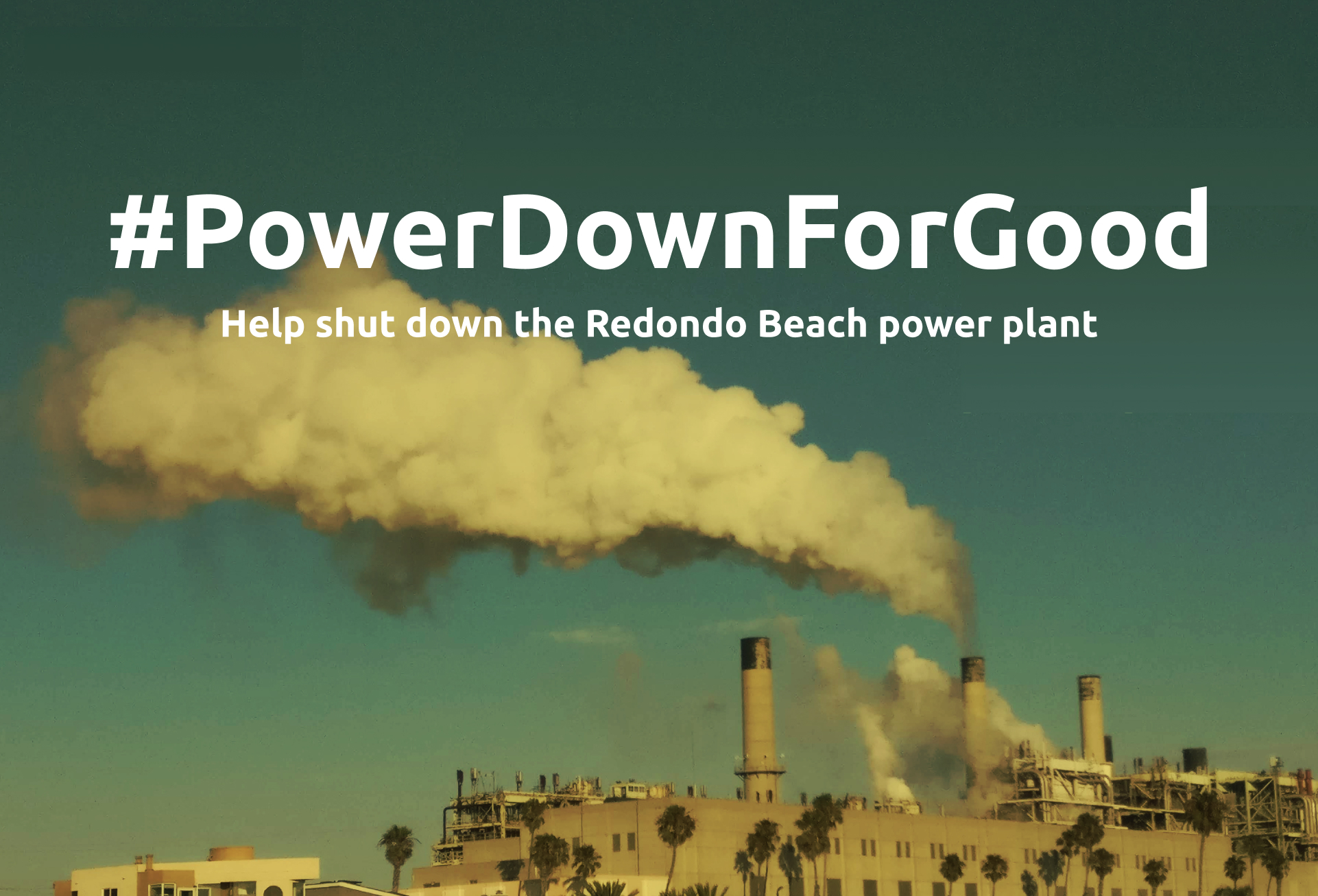 Redondo Beach is home to one of California’s most beautiful views, and one of its ugliest.

The stretch of coastline west of LA offers a placid horizon for residents and summer visitors, except for one colossal mistake: the Redondo Beach power plant.

This gas-fired power plant was built back in the 1950s, when there was less appreciation for natural wonder, and fewer options to generate power.

The Redondo Beach power plant has twice escaped being decommissioned permanently. Each time it was slated for closure, it was kept open to operate as a peaker plant for fear of summer blackouts.

The problem is Redondo Beach was never meant to function that way, which may be the reason it sometimes belches acrid black smoke, and other times fails to turn on at all.

Even when it works, the Redondo Beach power plant is horribly inefficient and environmentally harmful. In order to operate, the ocean-cooled generator sucks in local wildlife and spits out heated water.

Local officials like Mayor Bill Brand have been trying for years to show that the Redondo Beach power plant is unnecessary and should be shut down. Now they have partnered with OhmConnect to prove it.

The #PowerDownForGood campaign is designed to manage electricity demand to show that the additional supply from peaker plants is unneeded. Redondo Beach is one of 80 so-called peaker plants throughout California.

OhmConnect will alert members when electricity is most expensive and peaker plants like Redondo Beach are likely to be turned on. Members can choose to power down their energy usage and get paid for the electricity they don’t use while avoiding higher Time of Use fees (which start for many Californians on June 1).

We visited Redondo Beach and talked to Mayor Brand as well as every member of City Council, and they were unanimously in favor of #PowerDownForGood. Share your own story of powering down between 4-8 p.m. this summer and tag @OhmConnect when you #PowerDownForGood.