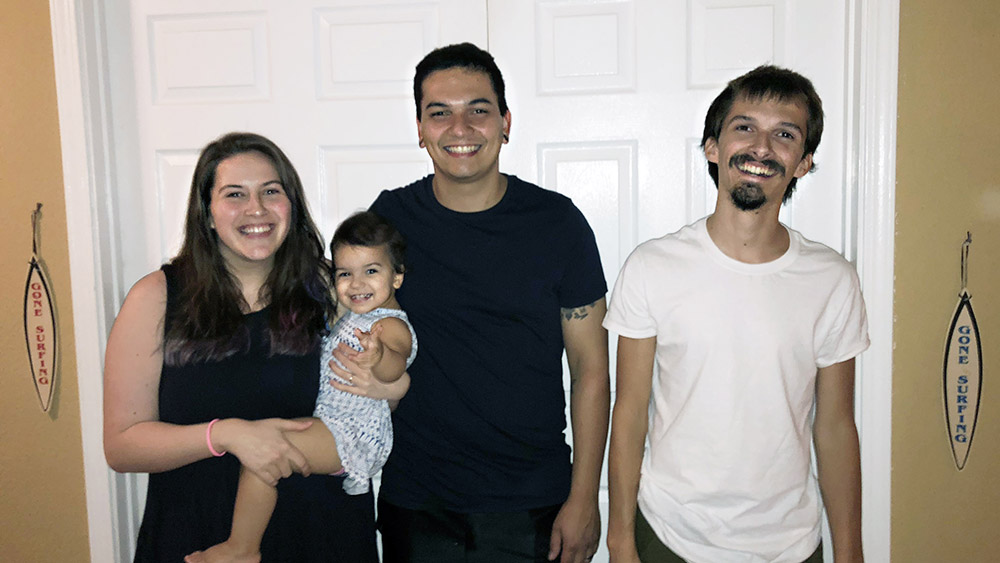 It started with an #OhmHour, then a smart thermostat. Now this family is on the journey to sustainability.

For a multi-generational family living in Valley Springs (a small township of about 3000 people about an hour southeast of Sacramento), energy efficiency is more than just a buzzy catchphrase -- it’s a new way of life.

In January of this year, Paige Vanegas and her husband Santana bought Paige’s parents home, where they now live with her parents, Paige’s three brothers and their 18-month old daughter, Zelda.

“With three generations living in the same house, we’re on top of each other quite a bit,” Paige said with a laugh. “We might look to move someplace bigger in the future but we’re making some changes to the house to make it work for us in the meantime.”

One of the first changes the family made was to look into what upgrades they could make to help them make a dent in their enormous monthly energy bill.

“I first heard about OhmConnect from my youth pastor who talked about #OhmHours on Facebook. I always thought it sounded interesting but never had control over the energy bill or our usage. Now that I do, we’ve signed up for OhmConnect and it’s been awesome from the get-go!”

The family first started participating in #OhmHours by flipping their circuit breakers each week, a strategy that paid off. Within the first 10 months of being an OhmConnect community member, they’d already earned $824.95.

A tech upgrade to earn even bigger rewards

“Then I started seeing mentions of smart thermostats in OhmConnect’s emails and blogs and got curious,” Paige said. “We had a thermostat that was at least 40 years old - the kind with the slider - and it was not good. You had to guess what temperature it was set at and I knew there had to be something better.”

Taking advantage of the rebates from PG&E and incentives from OhmConnect, Paige invested in a ecobee 3 lite thermostat, which works with remote sensors to accurately detect the temperature in different rooms of the house.

“This summer our house was cooler and our energy bills were a few hundred dollars cheaper than they were last summer,” she explained. “And maybe the best part is that when we set the thermostat to a temperature, it actually feels like the system is working to get the house to that temperature! We can turn it on for a few hours, it will do what it needs to and then we can turn it off.”

With #OhmHours and a more efficient thermostat working for them, Paige and her family are setting their sights on even more energy efficiency projects.

“PG&E is coming soon to do a weather-proofing check to make sure our house is running as efficiently as it can. We’ve had a great experience so far with all of these projects and we’ve saved a great amount of money. I just want to shout it from the rooftops!”

As an OhmConnect user, Paige has a unique referral code that will score her $20 for anyone who signs up on her team. Want to give her a virtual high five to say thanks for sharing her story? Sign up on her team!

Smart Thermostats 101: All You Need To Know To Upgrade & Save On Your Energy Bill