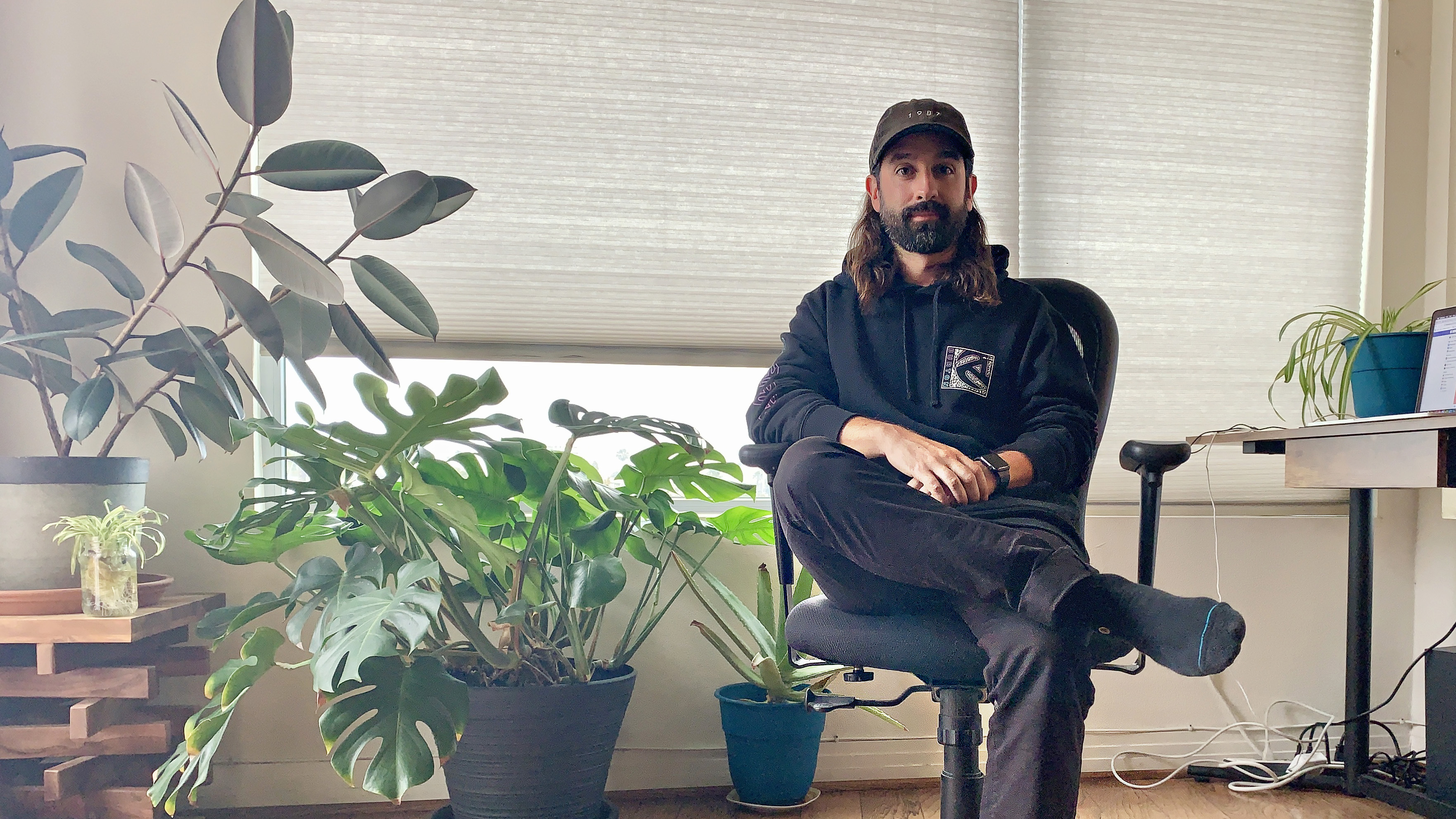 “My appliances all turn off on their own when there’s an #OhmHour, which is pretty cool.”

By
Katie Overmonds
on
January 5, 2023
Category:
User Stories
Tags:
Save Money
Save Energy

For OhmConnect customer and Oceanside resident Justin C, OhmHours are a way to save money on the sky-high energy bills he started to receive upon moving to California.

“I used to live in Vermont where the price of electricity was very reasonable,” he explained. “When I got my first electric bill here, I was so bummed. I couldn’t believe how expensive it was.”

Earning money during #OhmHours since he joined the program in 2016 has been one of the ways he’s offset the costs of his rising bills and this week, managing those costs got even easier. His name was called as the winner of the MEGA Summer Giveaway Prize of childcare costs covered for the whole Summer - or $3000 in cash. (Watch the video of Justin’s name being called on our MEGA Summer Live broadcast, here!)

“It was pretty crazy,” he said with a laugh. “I was checking my email in bed before getting up for the day and I couldn’t believe it. I’m so psyched!”

How he did it

Living in a two-bedroom townhome with a roommate, Justin has found a way to beat his OhmHour energy goals without having to lift a finger - through smart home automation.

“Over the years of being an OhmConnect customer, I’ve amassed a collection of smart plugs and a smart thermostat,” he explained. “Any time there was a sale in the OhmConnect store I would pick up some more and now pretty much all of my most energy intensive appliances and electronics are connected to my account. When an #OhmHour happens, everything kind of shuts off on its own and I don’t really have to do anything. Sometimes the only way I remember an #OhmHour is happening is when I open the fridge and realize it’s off!”

Thought it was too good to be true

“Like lots of other people probably do, I thought it was too good to be true at first. All you need to do is put in your utility information and then connect a few devices and you get paid. It’s a total win-win. Why would anyone not do it?”

Congratulations Justin on your MEGA Summer win and thanks for being part of the OhmConnect community!