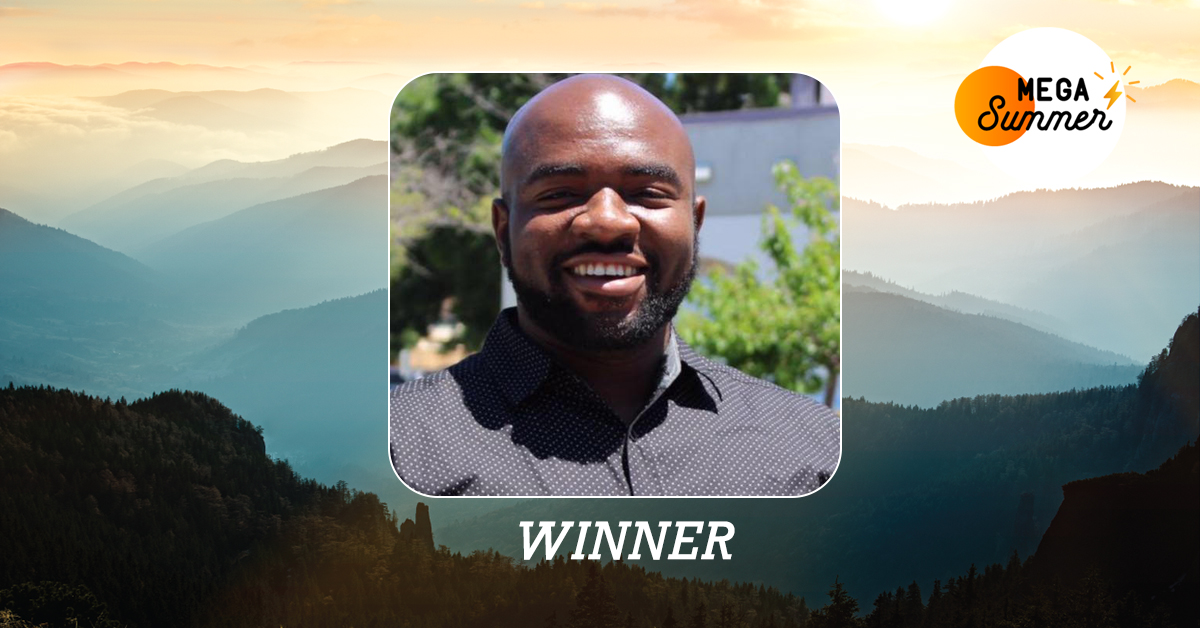 No more than a month ago, Darlington Chimezie Ikwuemesibe from Oakland, California saw an ad for OhmConnect on Facebook and although he was skeptical, decided to click on it.

“I saw an ad saying I could get paid to save energy, and that caught my attention,” he explained. “It didn’t seem that hard to do, so I thought I’d give it a try.”

This week, his decision to push through his skepticism paid off in a big way.

Darlington is the third winner of MEGA Summer, a season-long contest where folks committed to reducing their home’s energy usage are entered to win huge, weekly prizes. Darlington won an all-inclusive trip to Iceland.

On top of the trip, he’s now earning money weekly for unplugging

As an OhmConnect user, Darlington has connected his PG&E account with the free service, and gets notifications around once per week when an OhmHour is coming up. During an #OhmHour, OhmConnect customers get paid for reducing the amount of energy their home uses.

“It’s been really interesting,” he said. “Originally, I just started by turning off my lights and I was beating my target and earning money. Then I thought ‘You know what? I’ll turn off everything in my house to see if I can earn even more.’”

Now he routinely unplugs everything he can, including his TV, his electronics and even his appliances, including the fridge.”

“It doesn’t cost me anything to turn things off for an hour or two, so why not?”

During his latest MEGA #OhmHour (even more valuable #OhmHours where the rewards are higher than normal), he had to get creative. The MEGA #OhmHour was called between 7-9pm and his shift at work was from 9pm - 5:30am - he would have to leave the house around 7:30pm.

“I decided to leave my fridge off all night long. I set the fridge to the coldest setting throughout the day and kept the door shut and then I just turned everything off as I left the house. And it worked!”

“Everything - even the fridge -  was fine when I came home, and I beat my target.”

Thinking “surely this is a scam” upon winning the prize

Shortly after the MEGA Summer Live broadcast which aired on Sunday at 5pm, we sent Darlington an email to let him know he’d won the trip to Iceland.

“Honestly? I thought it was a scam,” he said with a laugh. “I saw the email and thought ‘Oh please. This can’t be real.’ Then I clicked on the link to watch the live broadcast and thought ‘Wow - This is really something.’”

It truly is something!

Congratulations to Darlington, and thanks for being a part of OhmConnect. You and the 300,000+ Californians who participate in #OhmHours are making a difference for our electricity grid and our planet.

What You Need To Know About The PG&E Outage & OhmConnect

What’s the difference between a rotating power outage and a PSPS?