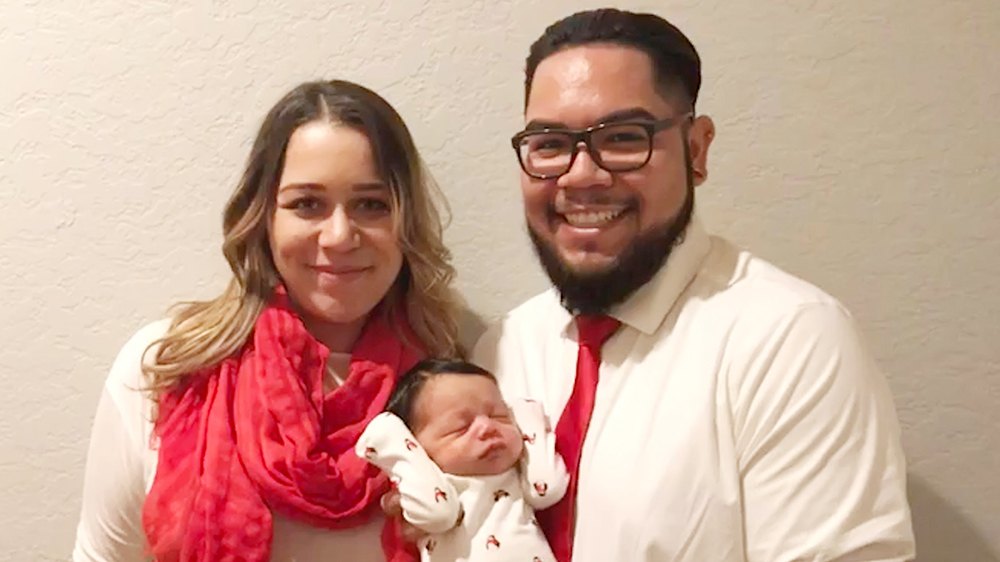 “Our new conservation habits are helping us contribute some extra money towards our son’s education fund.”

Until this year, energy conservation wasn’t a pressing issue on Lana Cartier’s mind. Often spending summer days with the air conditioning on full blast and a few TV’s playing quietly in various rooms in their home, she and her boyfriend Daniel regularly paid up to $400 per month on their SCE bill.

Their monthly expenses came into sharp focus early in 2018 when the couple welcomed a new baby and Lana was laid off from her job.

“My boyfriend is in school full time and works part-time,” Lana explained. “As the main breadwinner for our house, it was a big hit to our bottom line when I was let go.”

She read about OhmConnect on Penny Hoarder, while searching for ways to make a bit of extra cash for things she was already doing.

“I had signed up earlier in the year, but I didn’t really get into it until I had my son, Calvin. I started paying attention to the notifications I was getting and thought it was worth a shot.”

And her energy-saving efforts certainly paid off. Simply by paying attention to what was plugged in and the times of day that they were running their air conditioner, Lana and her boyfriend brought their summer energy bill down, on average, by about $200 per month.

The couple, from Redlands, CA, started small, simply turning off the TV during #OhmHours, and felt happily surprised when they received the first energy payment.

“Then we saw a notice about a two-hour MEGA #OhmHour and I just went all in. I shut off everything I could think of and that #OhmHour, we earned $30.”

These days, they earn consistently during OhmHours by:

“I’d go around my house and think ‘We’re not even using that! Why is it plugged in?’” Lana said with a laugh. “It’s like a game for us now, figuring out how many things we can keep shut off.”

Extra spending money when it was needed most

Lana and Daniel began cashing out their earnings as Target Gift Cards, spending on essentials for Calvin like diapers and baby formula.

The MEGA Summer program and their drastic energy savings (they went from an average energy forecast of 7KWh to reaching targets below 1KWh) meant that they earned enough to stretch beyond just the essentials.

“My brother’s wedding was coming up and I couldn’t decide on a dress, so I bought three!” Lana said. “Daniel asked where the extra money had come from and I said we could thank the #OhmHours.”

And the conservation has gone beyond #OhmHours for Lana and Daniel. They cleaned out their home and cut down on the number of electronics and even upped their recycling game.

“We started recycling bottles and cans and putting the extra cash into a savings account for Calvin. And now when an #OhmHour comes around, we go for a walk together.”

As an OhmConnect user, Lana has a unique referral code that will score her $20 for anyone who signs up on her team. Want to give Lana a virtual high five to say thanks for sharing her story? Sign up on her team!