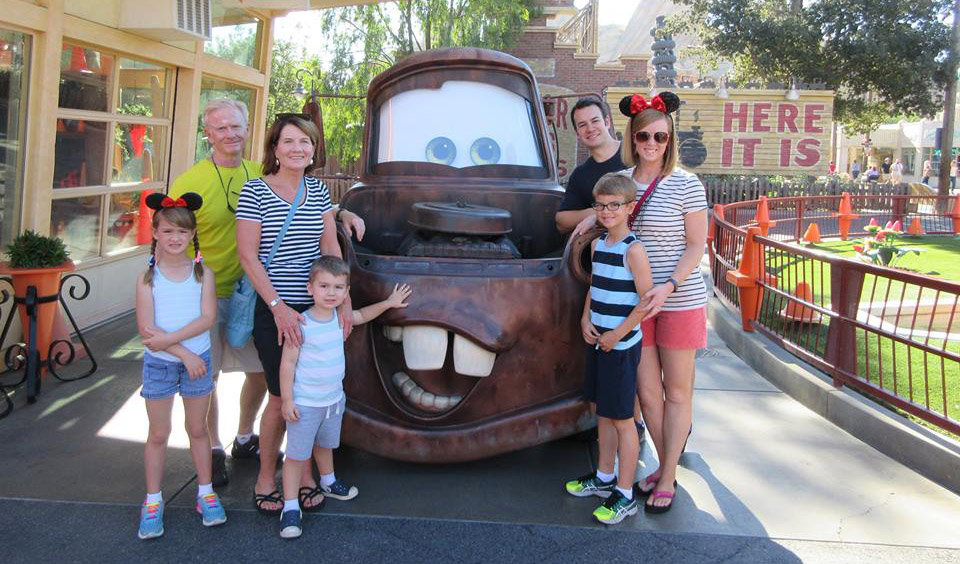 “It’s been the easiest money we’ve ever made.”

For Ginny, her husband, and three kids from Oakley, California, #OhmHours are a fun way to spend an evening together as a family. The added bonus? They money they’ve earned from participating is sending them on a trip to Disneyland.

“I’m thrilled to say we are taking our family to Disneyland this summer and we are paying for majority of our vacation with the money we’ve earned from OhmConnect.”

It wasn’t money made overnight, like some of the winners of MEGA #OhmHours have been, but over the past two years, Ginny’s family has been faithfully participating in each OhmHour they were notified about, and slowly their account balance has added up to more than  $1,200.

The family lives in a three-bedroom, two-bathroom, 1200 square foot house and first heard about the OhmConnect opportunity from her pastor’s wife, who was a fan of the program.

“I loved the idea when I first heard about it, and honestly, my main motivation was the money,” she said with a laugh. “I love that it’s good for the environment too but I’m a couponer so the chance to earn a bit of extra money was where it started. Twenty dollars just to sign up was a good deal!”

Ginny and her family typically spend #OhmHours together, after turning off all the lights, the dishwasher, the washer and dryer and planning to grill dinner outdoors instead of using the oven if the event happens during the dinner hour.

“The kids are really into it. They go outside and play and know that we don’t do video games during an #OhmHour. Often we will play Hide & Seek in the dark -  they’re always looking forward to it and asking when the next #OhmHour is happening. They’re especially motivated when they know we’re taking them to Disneyland!”

Adding extra to her earnings with referrals

“A lot of the money I’ve made with the program is through referrals”, Ginny said. “I made around $200 just by telling my neighbors about the program through the NextDoor App.”

Ginny used OhmConnect for a few months to ensure she could confidently endorse the program but once she realized the potential, she began to share her experience with social media friends, school friends, people she knew from church and a post on the blog she contributes to, The Simple Moms.

“I don’t want anyone reading this to think that I’ve earned the money just because I have a blog though.”

“I’m not someone famous -  I’m just an everyday person.  I am an average mom with an average amount of friends and I was able to use the program to make a lot of money.”

As an OhmConnect user, Ginny has a unique referral code that will score her $20 for anyone who signs up on her team. Want to give Ginny a virtual high five to say thanks for sharing her story? Sign up on her team!

Check out Ginny’s post about her experience with OhmConnect on her blog, The Simple Moms.