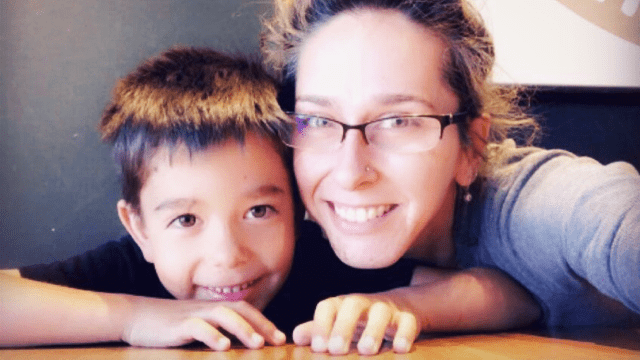 “My Mom said before she died, she’d love to see NYC. I promised myself I’d be able to make her dreams come true and now I can.”

OhmConnect community member Jennifer Villa had been having the worst 18 months of her life.

Diagnosed with Multiple Sclerosis in mid 2017 and shortly after going through a breakup with her husband, she’s been battling depression and anxiety ever since.

So here at OhmConnect we were thrilled to find out that the prize announcement on the June 9th episode of MEGA Summer Live -- where Villa’s username was announced as the winner of a trip to NYC -- brought a bit of joy to she and her family during a rough time.

“Being awarded this prize has given me new hope that maybe it’s time things start looking up for me. I finally see the sun through all the dark clouds.”

An OhmConnect community member for just a few weeks, Villa has seen benefits above and beyond just her big win.

“I joined OhmConnect just this past May after a Google search of ways to save money on my electric bill. I was hesitant at first connecting my PG&E account, but after reading such great reviews, I figured “Why not? What do I have to lose?”

Sharing a 1400 square foot mobile home with her son in West Sacramento, Villa hadn’t thought too much about her family’s energy usage before receiving her first OhmHour notification.

“It all started with a simple email saying there was an #OhmHour coming - just a few days after opening my account,” she explained. “I was never very conscious of my energy consumption - my main reason for joining was to reduce my electric bill. Then I realized that in just one hour, I beat my goal and I earned 143 points for cutting back! I thought to myself ‘This is fun! It’s almost like a game and a challenge to beat my goal’.”

The next OhmHour she cut back her A/C again, made sure the lights she wasn’t using were off and earned another 159 points.

“I couldn’t believe a company was giving me money just for cutting back” she said. “After more research, I realized that it goes way beyond just cutting back A/C and beyond just reducing my bill. I learned about the energy grid and peak hours, and that even by cutting back during just one hour per day, it not only reduces my bill, OhmConnect will also pay me to do it! It’s a win-win!”

“I realized that these magical points actually converted to real money back in my pocket. I immediately went out and invested in a Nest smart thermostat.”

Doubling down on OhmHours during MEGA Summer

“Now that MEGA hours are in play at OhmConnect, the stakes have never been higher.”

“When I get the notification email, I run to my six-year-old son and say ‘Guess what? Tonight is Power Hour!’ And we turn everything off in the house, pull out tents and flashlights, and we read books or play games by battery lights.”

So far, Villa and her son have met (and exceeded!) their energy goals during every #OhmHour and use the time to come together as a family, treating it as a time to bond and play games.

“OhmHours are now something my son looks forward and he comes up to me asking constantly ‘When is our next Power Hour?’”

“There were no words to express my excitement when I found out that I won the trip to NYC,” she said.

“The Facebook live stream had already played when I joined in. I began watching the video with the sole intention to see who won, never expecting it to be me. After watching for a few minutes, I actually forgot they were giving away a prize! It was so informative and I learned so much more about power grids and dirty energy. Then came the announcement. When they said my username, I began to cry. I ran to my mom in tears screaming that I won a trip to NYC.”

Villa plans to take her Mom and son on the NYC trip, customizing it to see all the sights they’ve always dreamed of visiting.

“My mom has always said that before she dies, she’d love to see NYC. Her words have always been in the back of my head and I promised myself that someday I would save up enough money to be able to make my moms dreams come true.”

“I am most looking forward to seeing her face and experiencing a once-in-a-lifetime opportunity with her as we explore Times Square, Statue of Liberty, Empire State Building and everything else we can possibly do!”

Passing the good word along to friends

“I’ve messaged my friends trying to convince them to join OhmConnect, but they’re skeptical just as I was at first. Maybe after reading this blog about me, they’ll believe me!”

As an OhmConnect user, Jennifer has a unique referral code that will score her $20 for anyone who signs up on her team. Want to give Jennifer a virtual high five to say thanks for sharing her story? Sign up on her team!