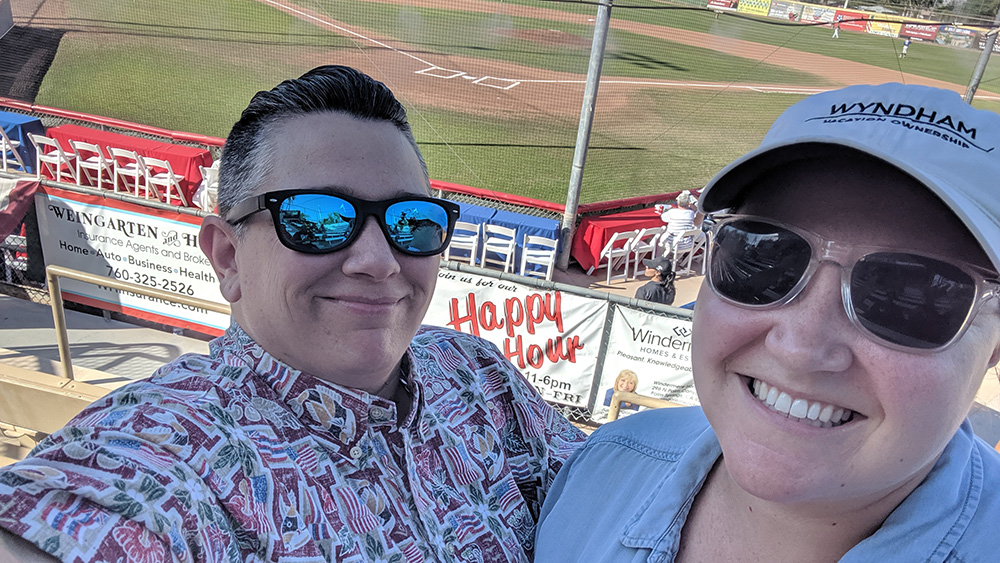 Only an OhmConnect customer for a few months, they won BIG on the Wheel.

When Palm Desert resident Sandra R. and her wife joined OhmConnect, they considered it an easy way to score a free Nest Hub (a promotional offer we ran for new customers this past summer) and any rewards they earned on top of that for saving energy was gravy.

Never did they expect that after only a few months of unplugging during OhmHours, they’d be the recipients of a windfall - a VIP prize package to any Major League Baseball game in California for them and six of their friends, a prize valued at $4500 USD.

“I certainly was surprised!” Sandra said with a laugh. “We were out of town when I got the notification that I’d won and I couldn’t believe it!”

When an OhmHour comes their way, the couple normally doesn’t have to do much of anything to ensure their two-bedroom home uses little enough power for them to beat their energy saving goals and earn Watts.

“We have most of our home connected to smart devices so they shut off automatically and do the work for us,” she explained. “Normally I’ll just listen to a podcast on my phone or do something else that doesn’t require energy. The hour usually goes by really fast!”

Hitting it big while spinning the Wheel

Sandra says that although they are big baseball fans, she actually didn’t set out to win this particular prize.

“I like to spin the Wheel and that’s how I won entries to the prize. I’ve won free spins and cash prizes and all kinds of things. I like the variety of things I can win there.”

The Wheel paid off in a big way this time around when it won her entries to the prize and her name was called as the winner on OhmConnect’s Sunday afternoon prize broadcasts.

“I’m a big baseball fan so if there’s a prize I’m going to win, I’m glad this was the one!”