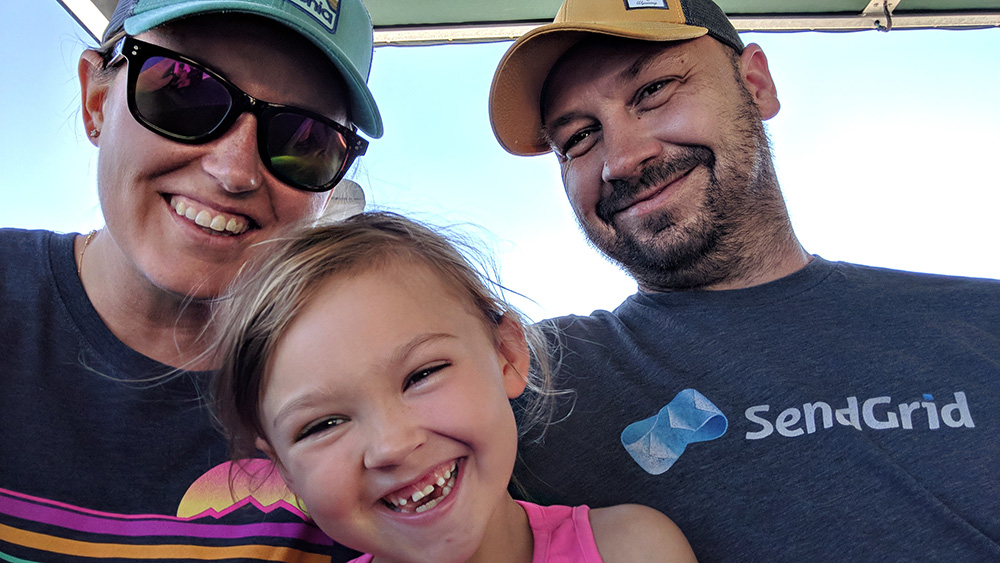 For six year old Alexa,  OhmHours are simply a way of life -- and they have been for as long as she can remember.

Her Dad, Scott Wendrick signed up for OhmConnect nearly three years ago and has participated weekly with his family ever since.

“I first heard about OhmConnect when it had just started - I read about it in Green Tech Media. The interface was completely different than it was now but I thought it was cool to be able to do something good for the environment and get paid for it, too.”

Last week, that regular participation paid off as Scott’s username (SkippyDog) was called as the winner of the most recent Prize OhmHour, his energy bills paid for an entire year.

“I couldn’t believe I’d won,” he said during a call we had this week. “It totally caught me off guard. I knew you were having Prize OhmHours but I had gone over my forecast a few times recently and I thought I probably wasn’t eligible. When you emailed me I was like ‘No way!’”

Smart home tech for the win

Scott lives with his wife and daughter in a rented, single-family townhome, where he does as much as he can to be energy efficient. He’s installed a Nest smart thermostat, uses smart plugs on his major appliances, and has even connected his Tesla charger to his OhmConnect account to ensure he isn’t charging his car when energy is most expensive.

“I have all kinds of grand plans for energy efficiency,” he said with a laugh. “I’d love to install solar but it’s a bit tricky since we’re just renters.”

On top of the money they save on their bill, and what they earn through participating in OhmHours, Scott’s family have enjoyed the extra time that they’ve gotten to spend together while they’re unplugging.

“We’ve had some cool nights as a result of OhmHours. My daughter is young so we’ve had campfire nights, read spooky stories or books by candlelight. One night we even drove out to the desert to watch a meteor shower which was incredible.”

And some nights they barely even notice the #OhmHour is happening, thanks to their slick home automation.

“Our TV and fridge turn off automatically and we’ll pre-charge the laptop so sometimes we’ll just watch a movie on there.”

And while the prize win is icing on the cake, Scott says the real reason he participates in #OhmHours is so he can do something good for the planet.

“I just do it because it’s a good thing to do. For this win to happen after so long of being a part of the program is just awesome.”

Want to be our next lucky Prize OhmHour winner? Check out how to win, see how many people have qualified each week and track our collective energy saving progress, here.