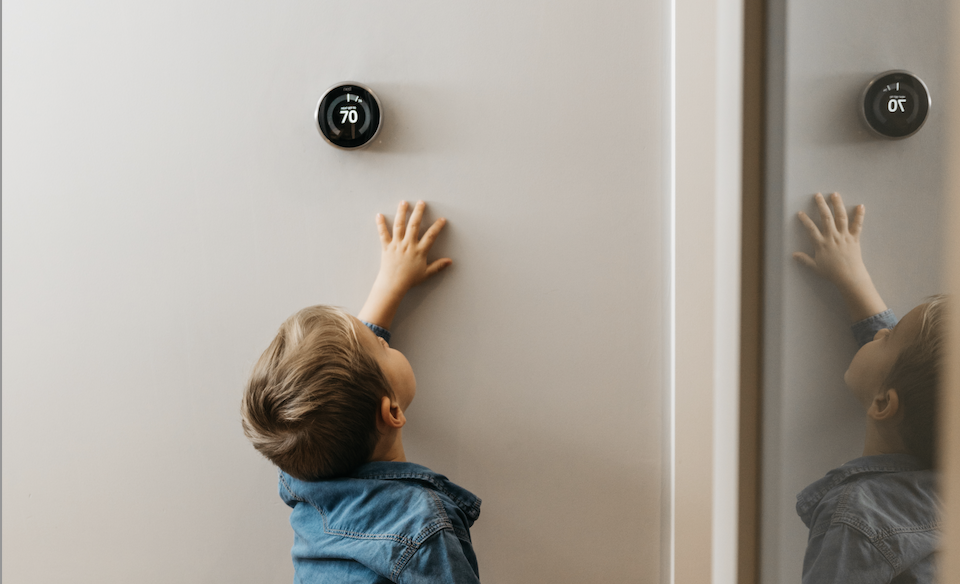 How to reduce your energy costs using smart devices this summer

With inflation at historic highs, you need to have these tools to save your budget

Unless you’ve been living under a rock (and if you are, how many other bidders were there and was it an all-cash offer?) you’ve seen how inflation is wreaking havoc on family budgets.

Last month, inflation hit a gobsmacking 8.5%, the highest it’s been since December 1981. That’s a year after Star Wars Empire Strikes Back hit theaters! That was several years before the release of Microsoft Word (1983), the launch of New Coke (1985), and the debut of “The Simpsons” on Fox (1987).

So you’d be excused if your first reaction at the gas pump is: “D’oh!” Or as Luke Skywalker might say, “Nooooooooo!”

The price of electricity in your home has not been spared from rising costs. The average California household saw electricity bills increase $12 on Jan. 1 and another $14 on March 1. That's only going to get worse in the summer when home cooling costs spike.

What is to be done? How can you protect your family budget from breaking the bank as the weather gets warmer and electric cooling costs continue to rise?

If you haven’t already, now is the time to get yourself a smart thermostat and smart plugs to manage your electric costs before you get a surprise bill. While having a smart home was always a cool way to show off and make your life more convenient with voice activation, now it is absolutely essential for anyone who doesn’t want to throw away their paycheck during The Most Expensive Summer Ever.

Here’s why smart thermostats and smart plugs will be absolutely essential this Hot Tax Summer:

‍Members who use smart devices save 4.5x more energy than non-device users during OhmHours. That statistic blew our mind, but it’s backed up with a wealth of data from OhmConnect’s long history of helping members save energy. Imagine if you could 4.5x your paycheck? Sadly, your boss isn’t as accommodating as we are. So control the controllable, and join the smart members who are quadrupling their energy savings and rewards using smart devices.

‍Members who use smart devices can save 10% of their annual energy. We looked at how much electricity members were using before they joined OhmConnect, compared to their annual usage after adding smart devices to their toolbox. We found that the overall savings for smart device users reached 10%. That is a significant savings -- 1/10th of the total energy usage you don’t have to pay for! When inflation is 8.5%, cutting electricity by 10% can really add up and prevent your budget from inflating.

‍Smart plugs give you control of energy hogs. One of the most expensive appliances to operate is your refrigerator. It can be turned off for more than 4 hours without fear of food spoilage. But who is going to drag their refrigerator away from the wall to unplug it? It’s not like most refrigerators come with an “off” switch, let alone voice control. So when energy is most expensive, and we warn you about the higher rate during an OhmHour, you are powerless over the thing that’s costing you the most. Well, if you install a smart plug on it, you’ll never have to drag that heavy beast again. Voila! Instant off switch (on your phone!) and even voice control if you’re really fancy. That could save you from a massive bill this summer.

‍Stop wasting money and energy when you’re away. Summer is the time for family vacations. How much will you pay to cool your house while you are away? Would you like to pay to cool someone else’s house? You might as well if you’re cooling your house when you aren’t in it. The simple solution to this problem is a smart thermostat. You can set your smart thermostat to be energy efficient when you are traveling. You’ll also be able to check on the home’s temperature while you’re waiting in line at Disney World, so you have peace of mind that the air conditioner isn’t running full blast while you’re spinning on the tea cups. If you plan to get outside at all this summer (which we very much recommend that you do) you owe it to yourself to use a smart thermostat.

‍We pay you more rewards for using smart devices. Members get rewards just for using smart devices in addition to the energy you save. The reason is that we know those members will save more energy (4.5x more!) so we can pay them more. Using a smart thermostat and a couple smart plugs will score you the most rewards from OhmConnect, so if you aren’t using smart devices, you’re really short changing yourself. You don’t have to try them all at once -- just add one smart plug to your home and see what a difference it makes and how convenient it makes saving energy during OhmHours.

Now is the time to act! Within just a couple months, it will be too late to prevent overpaying on your first summer utility bill. We all know that inflation is going up and that we are in for an expensive summer. Don’t cancel your family vacation; earn extra money and gift cards to supplement your budget and make up for what you’re losing to inflation. By the time you receive your first inflated bill, it’s too late -- you’re going to have to pay more than you expected. You have an easy way to protect yourself with smart devices. You can get them using your member discount in the OhmConnect store. What are you waiting for? The sooner you start, the more you’ll earn and the less you’ll lose.

‘Greening’ your finances is easier than you think

MEGA Summer is back at OhmConnect!

‘Greening’ your finances is easier than you think