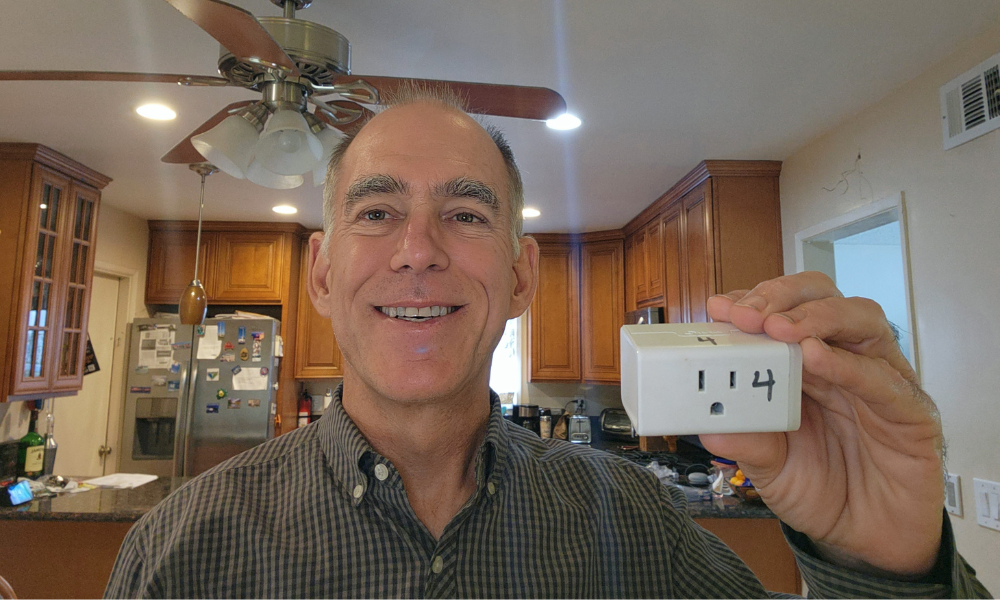 A middle-of-the-night Instagram scroll has led to a $2,000 prize win for Kip M. from Garden Grove, CA – the lucky winner of one of OhmConnect’s major prizes, an Apple iMac.

“I saw the email saying I’d won and thought ‘Suuuuure I did’”, he said with a laugh.

But after realizing the win was real, Kip thanked his former self for clicking on an ad suggesting he join OhmConnect to save on his electric bills and earn rewards.

“I was just goofing off on my phone and saw an ad saying that I could get a free smart plug and I thought ‘Why not?’”

Since claiming his free smart plug and joining the OhmConnect community, Kip has linked smart plugs to OhmConnect and attached them to his air filter, his garage fridge and a fan. Now he has the air filter on a schedule, measures the energy consumption of the garage fridge, and can turn on and off the fan from his phone while in bed!

“The one that really surprised me was the fridge in the garage. I only use it for drinks so there’s no need for it to be on all the time and I discovered it’s using 36 kWh every month. It’s great to understand how much energy it’s using and be smarter about when I have it on!”

Smart home devices like smart plugs maximize your home’s efficiency with the tools and products to make wherever you live more safe, affordable and convenient than ever before.

Easy to set up and maintain, smart home devices give you remote access from your smartphone to your home’s electronics, appliances and products - meaning you’re always in control.

For Kip, this means remote control of his electronics and appliances from wherever he is.

“If I go on a ski trip, I’ll put a timer on my lamp to make it look like I’m home,” he said. “Or I can turn my air filter on and off in my bedroom from my phone before I go to bed. It works so well.”

Being part of OhmConnect has meant some pretty serious rewards for Kip but more than that, he participates because it means he’s part of doing something for the greater good.

“Save a little energy, prevent blackouts. It’s a win win!”

The timing of this prize couldn’t have been better