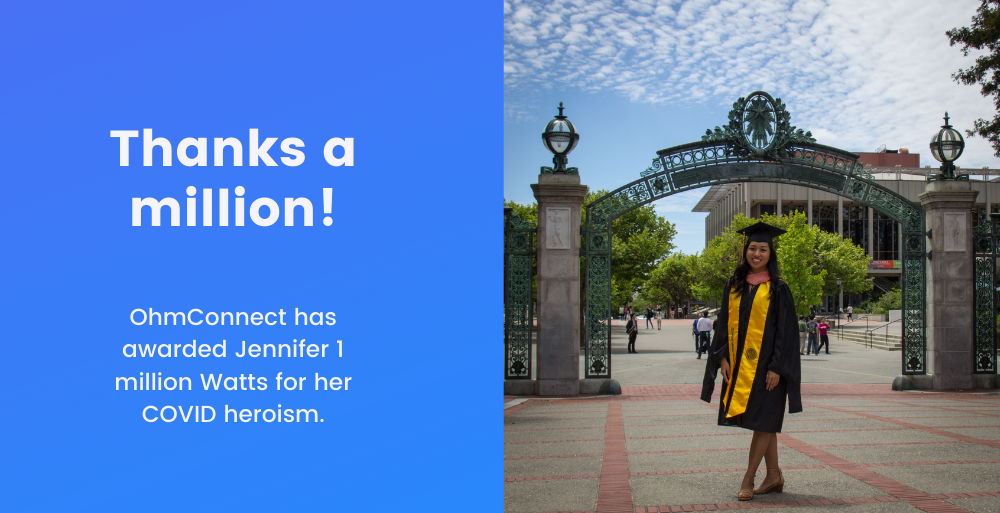 Jennifer went into the danger zone to protect the most vulnerable.

Imagine being newly graduated and immediately plunging into the greatest crisis of your career.

That was the case for Jennifer N., who earned her Master’s in public health from UC Berkeley and jumped into a job as an epidemiologist in the LA County Public Health department.

“A lot of people don’t know what that job is exactly,” she explains. “It’s basically somebody  who does surveillance and response to outbreaks of various diseases.”

Diseases like Covid-19, which emerged just months after Jennifer graduated and joined the workforce. Her job was to protect vulnerable populations in senior living facilities, which were early outbreak clusters for the virus.

“So I would be going inside hospitals and nursing homes that had Covid patients, and I would be going into the Covid units,” she recalls. “And I would have to don this PPE, Personal Protective Equipment. I was definitely really worried that I would get Covid, but I haven’t yet.”

Even after spending long days exposed to potential danger in the field, she would work extended nights catching up on paperwork.

“There would be weeks where I would work almost 30 hours overtime trying to get everything done,” she says. “It was definitely an ultra-marathon.”

That kind of selfless sacrifice for the greater good deserves to be rewarded, which is why OhmConnect named Jennifer one of 10 Covid heroes in the “Thanks a Million” contest.

OhmConnect rewards its users -- who voluntarily reduce energy to protect the grid -- with Watts, which can be used to purchase rewards, including gift cards, cash and prize drawing entries. Jennifer’s award of 1 million Watts is worth approximately $1,500.

“Thank you so much for even just holding this contest,” Jennifer says. “A lot of public health folks don’t get recognized for being a frontline worker.”

Jennifer recently moved into a new apartment to be closer to work. She plans to redeem some of her 1 million Watts to make her new home smarter.

“I really want to make all my electronics Google-activated,” she says. “So I’m definitely going to play around with all the smart plugs.”

Considering how hard Jennifer has worked so far, she deserves something to make her life just a little bit easier.