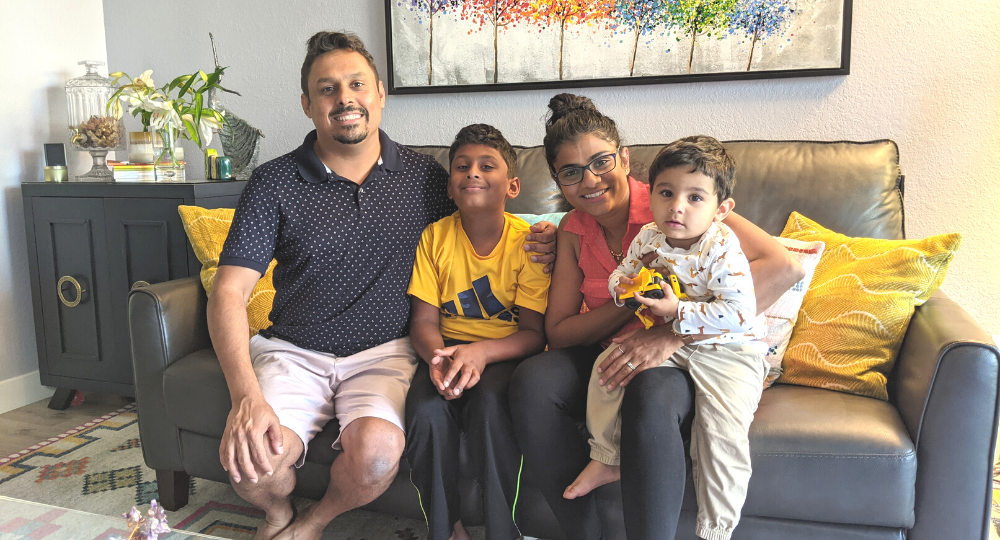 “OhmConnect is like teaching kids, which I love. If you do something good, you get a treat!”

OhmConnect customer Gautam M. from Foster City, CA knows a thing or two about incentives and rewards. The father of two young children -- one of whom has lived most of his life during the pandemic -- he spends much of his day trying to bring some efficiency and order to what could be a chaotic home.

“The past two years have been pretty hard in some ways,” he shared. “My wife and kids and I live in a two bedroom condo and we both work from home so it can be challenging.”

We were delighted to give him a call and let him know that some of his financial stress would be a little bit lighter -- his name was called as the winner of an ENERGY STAR washer and dryer, which he took as the cash prize of $2000.

An OhmConnect customer for around a year, Gautam loves the rewards he earns in exchange for doing something he feels is the right thing to do and would probably do anyways.

“I’ve been looking for ways to be a bit more green. So many programs tell you to do X, Y and Z but I love that OhmConnect actually explains why it’s important to do your laundry at a certain time and then they actually reward you for making the change. It’s like teaching kids. If you do something good, you get a treat!”

During OhmHours, Gautam will ensure his major appliances like the dryer and dishwasher are not running and he’ll power down his home office equipment.

“For me it’s just about being more mindful of my consumption.”

Not thinking much of it, Gautam decided to try his luck and spin the OhmConnect Wheel, where he won entries to the big prize. He plans to use the winnings to go towards a trip to Hawaii for his family later this winter.

“I considered whether I should save up my Watts for something more tangible but I figured it couldn’t hurt to give it a spin. It was surreal when I won -- I couldn’t really believe it.”

Congratulations Gautam and thanks for being part of the OhmConnect community!