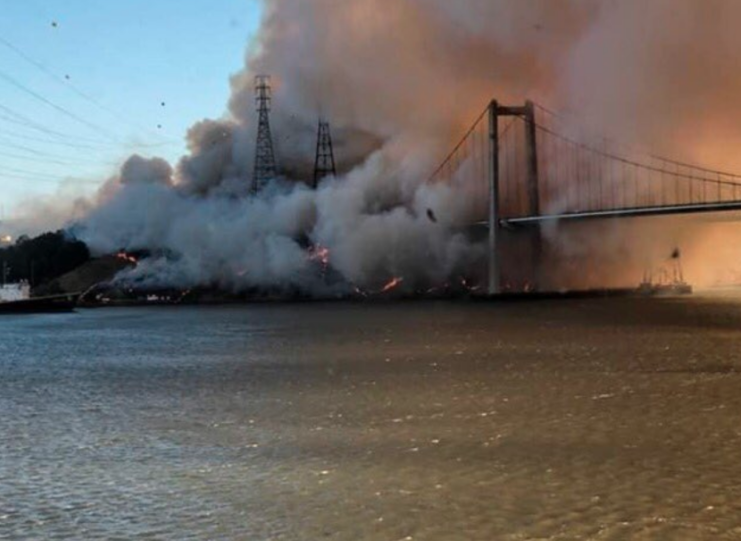 California is on fire

The region has become dryer, which transformed California’s iconic golden hillsides into kindling for a nightmarish fire season.

California recently emerged from our historic eight year drought earlier this year. After a series of storms in late 2018 and early 2019 refilled our aquifers and drenched our hills, we have been awaiting the first drop of rain this season.

Whenever that raindrop does arrive, one thing is clear. It will have arrived too late.

Parched hills, a spark, and the devastating Santa Ana and Diablo winds have already caused immense damage to California’s community. This season’s fires in Southern California, including Saddle Ridge and Getty, have already claimed three lives, destroyed 7500 acres, and caused 100,000 LA residents to evacuate to safety.

In Northern California, PG&E preemptively shut off power to over 2.3 million residents on various days to prevent a repeat of the catastrophic 2018 Camp Fire that killed 85 and burned through 115,000 acres. These safety blackouts were largely prompted by a Red Flag warning across large swaths of Northern California, which occur when “warm temperatures, very low humidities, and stronger winds are expected to combine to produce an increased risk of fire.”

While we will never know exactly how successful these preventative measures were or what the damage would have been without them, the Kincade fire forced mandatory evacuations for 180,000 residents in Sonoma County. Some residents in the East Bay were also forced to evacuate after those fires jumped the Carquinez Strait.

As a fierce fire season becomes ‘the new normal’ Californians, residents have been advised to prepare with a Power Outage Kit and Fire Evacuation ‘Go Bag.’  Interest in solar+storage systems has also spiked in recent weeks, with residents looking for a way to continue powering their way of life during extended blackouts.

If it feels like California’s wildfire problem is getting worse, you’d be right. Within the past decade, California has endured 7 of its 10 most destructive wildfires. The size and extent of the fires has also increased dramatically over the past 50 years, impacting areas approximately 5x larger than in the 1970s.

California has unfortunately given the rest of the US a glimpse into a future wrought with the unpredictable effects sparked in part by climate change. Southern California is approximately 3 degrees warmer during the summer than during the 1970s.

That change tipped the balance.

The region has become dryer, which transformed California’s iconic golden hillsides into kindling for a nightmarish fire season. Additionally, the warming temperatures were ideal conditions for the aptly named Bark Beetle population to explode, which eat the bark of trees, causing the tree to no longer be able to carry water to its branches, causing the tree to die, dry out, and thus create a forest of matches instead of trees.

Every region in the US and world will be impacted in some capacity by climate change. Some changes will be predictable, such as the worsening intensity of hurricanes in the Gulf and rising sea levels. As worrisome as those changes are, what’s even more worrisome are the effects we can’t predict.

We can’t prepare for what we don’t expect.