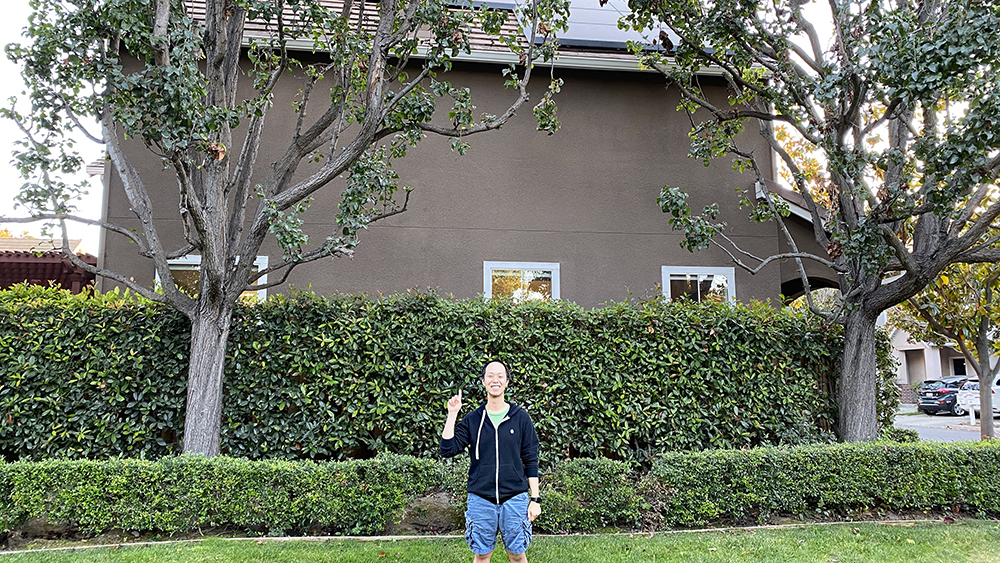 Connecting a smart thermostat to OhmConnect won this Mountainview homeowner $650

Mountainview, CA resident Elton K couldn’t believe his luck when he received an email letting him know that he’d won a Vitamix blender (or the cash equivalent of $650) during a Prize OhmHour this past week.

An OhmConnect customer for only three days, he was convinced the win must be a scam of some kind.

“It was pretty shocking,” he said with a laugh on the phone. “When I saw the video with my name announced I thought ‘Can this be real?’”

Elton had heard about OhmConnect from his coworkers a few months back but assumed the program was only available to people who had solar panels. Having just moved into a new home in August where he could finally install solar panels of his own, he signed up right away.

“Then I realized that it’s not just for people with solar - it’s available for anyone who wants to save energy!”

But despite maybe missing out on a few months of participation, connecting his solar and his smart thermostat paid off in a big way for him when his username was randomly selected as this week’s winner.

Elton and his family had their first OhmHour the day after they signed up and their energy goal was to use less than 2.5 kWh. Because of their new solar panels and their commitment to unplugging all their major appliances while they left the house for a walk, their actual usage was negative 0.233 kWh!

“We’re pretty conscious of our energy usage all the time - always turning lights out when we’re not using them,” he explained. “We stick to that, even now that our home generates its own energy!”

This impressive saving means he quickly rocketed from Silver to Diamond status, which will earn him 12x the points on his upcoming OhmHours.

“My coworkers told me that you can earn a few hundred bucks each year with OhmConnect. I haven’t told them yet that I earned that in just the first few days!”

Congratulations Elton and welcome to the OhmConnect community!