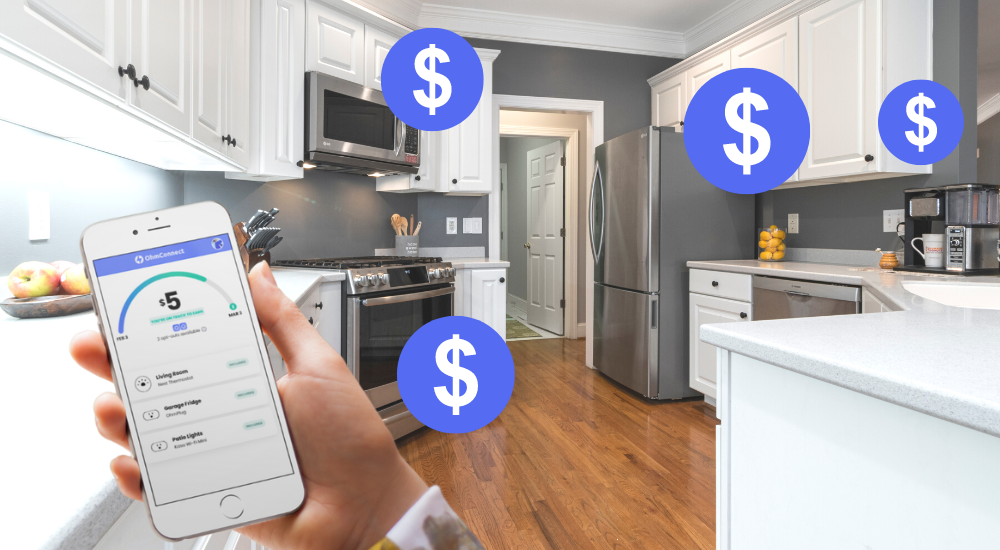 It’s not just saving electricity, though that works too.

Does it seem like your home is eating up an ever-increasing portion of your paycheck?

If you’re like most Americans, you’re spending about a third of your monthly earnings on housing costs. The average is $1,784 per month, which dwarfs the $610 the average person spends on food.

Of course, if you live in California or New York, you are likely spending much, much more.

And it’s about to get worse: PG&E is set to hike Time-of-Use plans for the summer starting June 1. That’s on top of the extra you’re losing to inflation, or the higher cost of a mortgage that has come with rising federal interest rates.

If you feel like your home is turning into a money pit, it’s time to take back control with smart home devices. Here are five ways they can save you money:

This is one that most people don’t think about, but if you own a smart home device, you may be eligible for a discount on your insurance. The most common smart devices that trigger insurance discounts are water leak sensors, security cameras, and smoke detectors. That’s because all of these are likely to save you from catastrophic loss, which would be paid out by the insurance company, so they’re willing to give you a discount on your homeowner’s or renter’s insurance if you use smart devices to diminish the chance of that big payout. Be sure to contact your insurance provider because they all have different rules and some have preferred providers. Amica, for example, rewards you for smart-home devices from Moen, Guardian, or Kangaroo; meanwhile, Nationwide will give you 50 percent off the purchase of Notion smart sensors.

Even smart home aficionados often miss out on the benefit of making their plumbing smarter, but it’s worth thinking about before it’s too late. There are no cheap floods. The average cost to fix a burst pipe is $500 according to the Fixr, and even 1-inch of water can cause you $25,000 damage (calculate your potential cost on this FEMA website). So it may be worth investing in an ounce of prevention before you shell out a pound for the cure. Late to the party, a flood of leak detectors (sorry) have recently entered the smart home space. These devices can warn you about pinhole leaks before the pipe bursts, and in some cases even automatically shut off the water valve if your pipe bursts while you are out of town. As an added bonus, you’ll learn where you’re wasting water so that you can save on your water bill.

This crime of opportunity is becoming increasingly common. According to finder’s porch pirate statistics, about 14% of Americans report having their packages stolen in the past 12 months. With an average loss of $156 per theft, that adds up to $5.4 billion lost per year. Even worse, 36% of people who had one package stolen reported that they had been victimized more than once, with 11% getting hit three or more times. Considering that a video doorbell typically costs less than $200 (and many are less than $100), you will pay for the added security with the first porch pirate that sees it and decides to target your neighbor’s unprotected front stoop instead. You’ll also have the convenience of knowing who is at your front door before you open it, which is a real advantage during seasons when people are going door-to-door asking you to contribute to this or that cause or political campaign.

Video doorbells are a great way to prevent porch pirates, but that only guards one of your entrances. If you’re serious about security, consider investing in a full system that includes sensors for your doors and windows so you know if they are opened or closed. You can receive alerts with a DIY self-installed system, or splurge for professional monitoring to make sure you have back up if an intruder breaks in. Another way to use smart devices to add security is to create an automation routine that triggers your lights to go on and off at regular times. That way it will look like someone is home even when you are working at the office late or vacationing with your family after you win a trip for four to Disneyland. Approximately 72% of burglaries take place when no one is home, so if you can create the appearance that you’re still minding the store, the burglar will likely seek easier prey.

5. Get Paid for Saving Energy

This one is our favorite, for obvious reasons, but this year it’s more important than ever. OhmConnect is a service that will alert you when electricity is most expensive, so you can decide to power down and not pay those higher Time of Use rates from PG&E that we told you about earlier. Additionally, OhmConnect rewards members for energy they save by selling it back to the grid and sharing the proceeds. Our average member who uses smart devices saves 4.5x as much as those members who unplug manually. This summer, OhmConnect will pay new members $5/month for using a smart thermostat or $7/month for using a smart thermostat and two smart plugs (tell your friends). The best part is that OhmConnect is FREE and will give you smart devices as a sign-up gift at little to no cost. If you want to save money with smart devices, OhmConnect is the most affordable and efficient way to do it.

Photo by BENCE BOROS on Unsplash