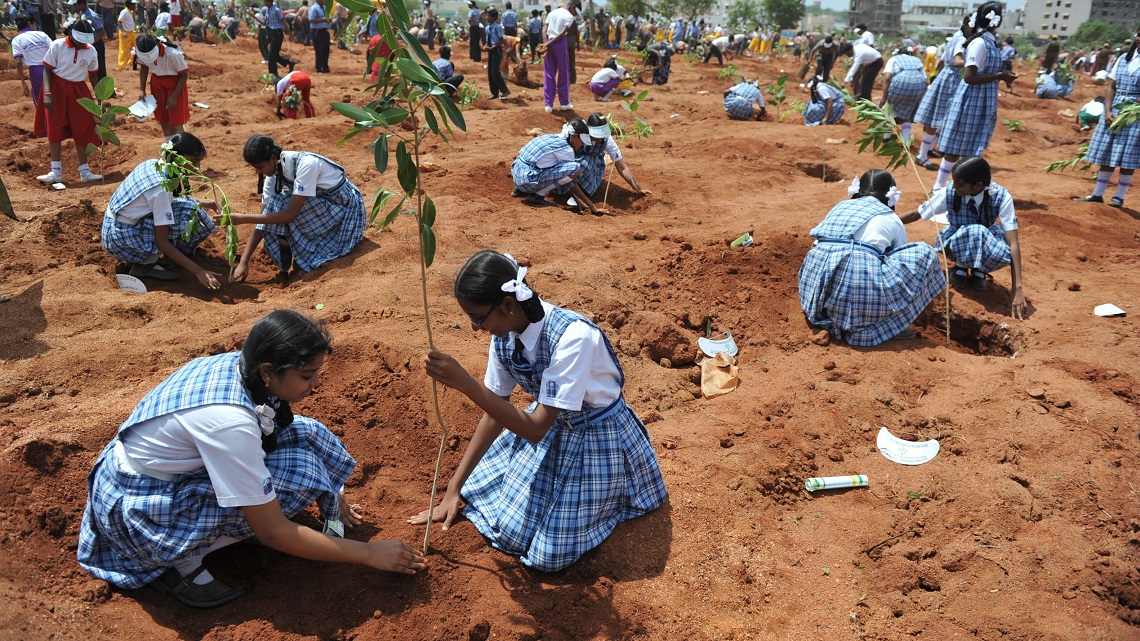 14 Amazing Things That Happened for the Planet in 2017

In 2017, it felt like the global media picked up all of the problems, and none of the solutions. To fix that, here are 14 of the best conservation stories from this year that you probably missed.

If you’re feeling despair about the fate of humanity and the planet in the 21st century, you might want to reconsider.

In 2017, it felt like the global media picked up all of the problems, and none of the solutions. To fix that, here are 14 of the best conservation stories from this year that you probably missed.

1. Chile set aside 11 million acres of land for national parks in Patagonia, following the largest ever private land donation from a private entity to a country. Smithsonian

2. China invested more than $100 billion into treating and preventing water pollution, and launched nearly 8,000 water clean-up projects in the first half of 2017. Reuters

3. The United States, Russia, China and the European Union reached a deal to make the Arctic off-limits to commercial fishers for the next 16 years. Science Mag

4. In July, 1.5 million people in the Indian state of Madhya Pradesh set a new Guinness record for reforestation by planting more than 67 million trees in a 12 hour period. RT

5. A province in Pakistan announced it has planted 1 billion trees in two years, in response to the terrible floods of 2015. Independent

6. In August, the Canadian government and Inuit groups signed a deal to create the ‘Serengeti of the Arctic’ by far the largest marine reserve in the country’s history. Globe & Mail

7. A month later, one of the world’s largest marine parks was created off the coast of Easter Island, and will protect 142 species, including 27 threatened with extinction. Guardian

8. The EU imposed new, stricter limits on pollutants such as nitrogen, sulphur, mercury and particulates that will apply to all 2,900 of Europe’s large power plants. Reuters

9. China carried out its largest ever crackdown on pollution, reprimanding, fining or jailing officials in 80,000 factories, 40% of the country’s total. NPR

10. Indonesia pledged $1 billion to clean up its seas from plastic, Kenya announced a ban on plastic bags, and Chile said it will ban them in its coastal cities (30 countries now have existing or impending bans in place). ABC

11. Eleven countries continued their plan to build a wall of trees from east to west across Africa in order to push back the desert. In Senegal, it’s already working. BBC World Hacks

12. Cameroon committed to restoring over 12 million hectares of forest in the Congo Basin, and Brazil started a project to plan 73 million trees, the largest tropical reforestation project in history. Fast Co.

14. In 2017, the ozone hole shrunk to its smallest size since 1988, the year Bobby McFerrin topped the charts with ‘Don’t Worry Be Happy.’ CNET

We're looking forward to seeing what can be accomplished in 2018!