Hours during the week when saving energy helps the grid and earns you rewards.

Written by Sam Lee
Updated over a week ago

When it comes to reducing energy with OhmConnect, there are different kinds of #OhmHours.  Regular (or Points #OhmHours), Prize #OhmHours — and sometimes also MEGA #OhmHours (read about those here). 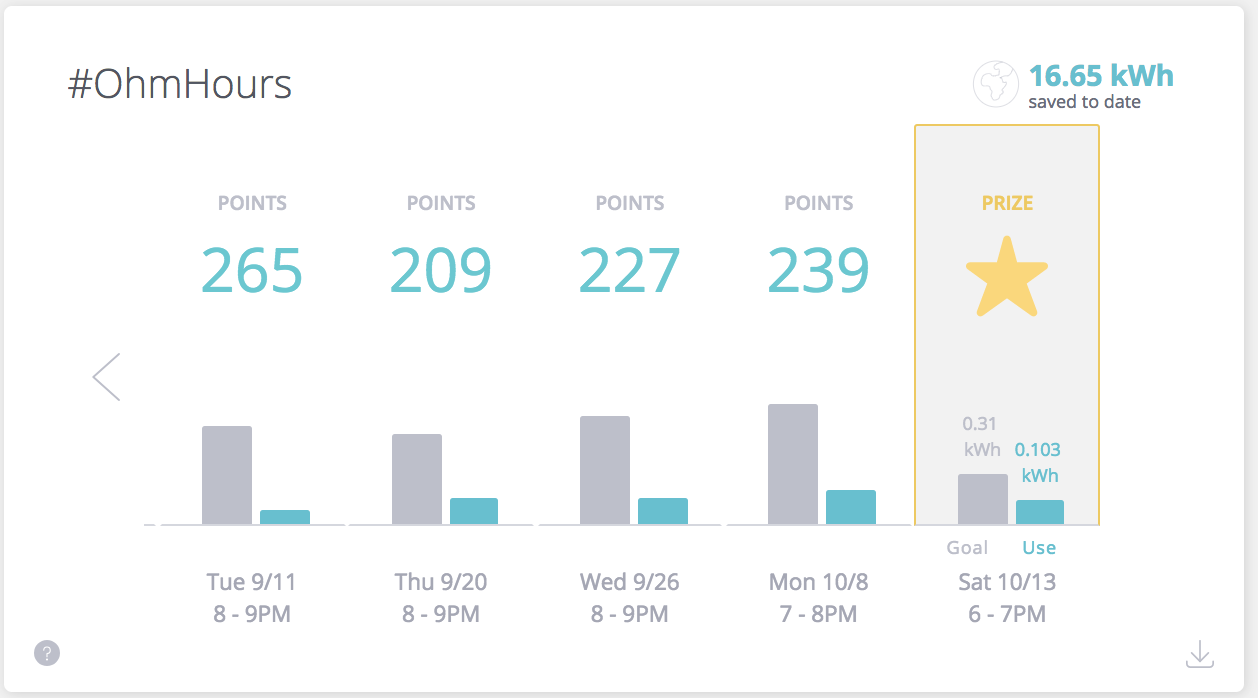 Instead of earning points for using less energy, Prize #OhmHours give you a chance to win a prize. You'll get an energy-saving goal for each Prize #OhmHour, and if you beat it, you'll be entered to win the next prize drawings (which happens every 2 weeks).

The Prize goal will be lower than your average energy use (what we call your forecast for regular #OhmHours), but it will a lot easier to beat than the goals were  for MEGA #OhmHours. During the Summer when Prize #OHs are suspended, your Prize qualifications are saved and will resume during the offseason.

How can I win?

There are three ways to qualify for the prize drawing every few weeks. You need to do ONE of the following:

Remember: you just have to do one of these to qualify for the prize each round, not all three!

What can I win?

We'll announce a winner every other Sunday on Facebook Live at 5pm and if you are lucky enough to win, we'll inform you via email, and a message on your #OhmConnect dashboard. We will be giving out some major prizes this season. Things like: your mortgage paid for a month, a trip to Hawaii for your family, or a whole lot of cold-hard-cash. Want in? Beat your Prize goals and tune in to see if you're the next lucky Ohmer!

Is there a Grand Prize?

Yes! We'll be giving out another $100,000 to one super saver. We're tracking all the energy our entire community is saving, and once we've saved 1 GWh, we'll do a drawing for a $100,000 Grand Prize. To qualify for the Grand Prize, you have to beat your Prize goal 5 times. Track you progress on your main dashboard: 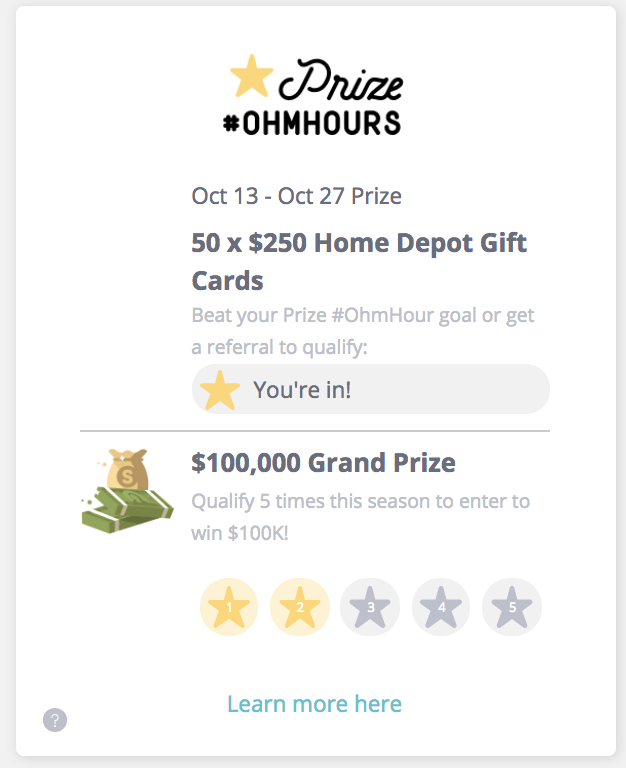 What about streaks and status?

Remember, you won't get points for Prize #OhmHours, but they do count toward your status %. Your streak will not be affected in any way, however, which is great news!

Did this answer your question?